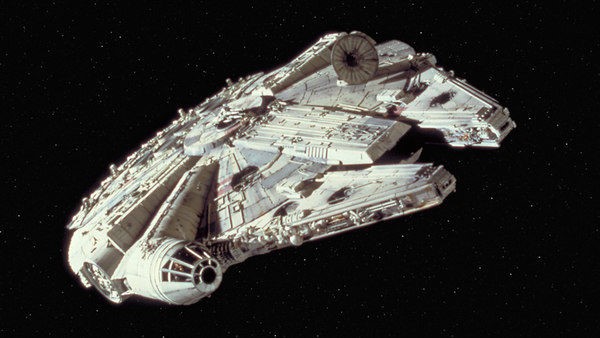 In case you’ve managed to miss it so far, “Star Wars: The Force Awakens” opened last month to a fair bit of fanfare and appears on its way to becoming the highest-grossing film in box office history.  As the first new “Star Wars” release in more than a decade, the film thrusts the storied franchise into a space that both intrigues and confounds local advertisers from Alderaan to Tatooine.  Yes, even “Star Wars” recognizes the importance of embracing Millennials.

Over the past year, the Millennial Generation may be one of the only forces in the galaxy generating as much buzz as “The Force Awakens” – and for good reason.  In the spirit of the fabled Rebel Alliance, Millennials often are portrayed as having a potentially disruptive impact on tried-and-true advertising and media plans.  And like their film counterparts, these Millennial rebels can be difficult to pin down, creating challenges for local advertisers trying to predict their next move.

With that in mind – and before you fire up the hyperdrive on your new Millennial marketing campaign – let’s bring some balance to the universe with a quick review of what we know, or think we know, about Millennials:

Nailing down a precise definition of Millennials is a bit like trying to explain why Obi-Wan Kenobi failed to remember R2-D2 in Episode IV. The White House has defined the Millennial Generation to include those born between the years 1980 and 2004 (11-35 years old in 2015), while the Census Bureau has begun using a more narrow range of 1982 to 2000 (15-33 years old in 2015).  Meanwhile, another widely recognized authority on such matters, the Pew Research Center, has defined the window as 1981 to 1997, which for 2015 fit nicely with the standard 18-34 marketing demographic.

2. MILLENNIALS BY THE NUMBERS

Despite disparity in the definitions, Millennials are the undisputed rulers of the generational galaxy, having overtaken Baby Boomers (born 1946 to 1964) as the largest defined generation in the United States.  Numbering somewhere in the neighborhood of 80 million, Millennials represent anywhere from one quarter to one third of the U.S. population, depending on who does the counting.  Perhaps more significantly, the Pew Research Center notes that Millennials are “also taking over American jobs,” having surpassed Generation X (born 1965 to sometime in the early 1980s) in the labor force.  Their tendencies once in the workplace, though, may be another source of debate.  A White House report concluded that, compared to Generation X, Millennials are staying longer with their early employers – while a Nielsen study from November 2015 found that Millennials were twice as likely as those in Generation X to leave their current jobs.

Whether happily employed or actively searching for a new job, the growing number of Millennials in the workforce makes this generation an obvious and attractive target for local advertisers.  At least one estimate puts the buying power of U.S. Millennials at more than $1 trillion annually, and a Merrill Lynch report found that a majority (61%) of Millennials plan to increase their spending in 2016.  But, similar to the debate over whether Han Solo or Greedo shot first in the cantina, opinions differ on this topic, as well.  Research from Forrester suggests that Millennials may be more strapped in terms of discretionary spending because of student loans and other debts, and a separate study by Zillow advances the notion of a heightened need for savings among Millennials, as more than half intend to buy a house in the next five years.

Another popular narrative of late has Millennials cutting the cord on their TV subscriptions faster than “Star Wars: The Force Awakens” merchandise is flying off of store shelves.  Again, like a Jedi mind trick, the story can be complex.  On the one hand, Forrester Research finds that Millennials in fact are the most likely age group to stop paying for a traditional TV subscription, with 10% of those under the age of 32 expected to have cut such service in 2015.  Similarly, a New York Times analysis of Nielsen data indicates that one-fifth of Millennial households with children get by without a cord – and the number rises to 25% for Millennial households with no children.  On the other hand, the same Forrester study concludes that “rumors of the death of [subscription] TV are greatly exaggerated” because cord-cutting will plateau.  This angle is supported by recently released data from TiVo indicating that four out of five Millennials are not seriously considering cancelling their traditional TV service.

Just as “The Force Awakens” has spawned multiple theories as to the identity of the new (and, coincidentally, Millennial) heroine, Rey – the rise of Millennials in the U.S. has generated significant analysis and speculation on impending changes in the media universe.  Like the cord-cutting storyline, much of this discussion portrays Millennials as having the same disdain for traditional TV that many diehard “Star Wars” fans still harbor toward Jar Jar Binks.  Indeed, Nielsen’s latest Comparable Metrics report shows that Millennial viewers watch about a half-hour less TV each day than their Generation X counterparts, and the overall number of Millennials watching TV in an average week has declined about 3.5% over the last year.  Still, the average Millennial TV viewer watches close to six hours per day – and in an even more interesting plot twist, a separate Nielsen report ranks TV as the top “spare-time activity” among Millennials.  Older Millennials (25-34), meanwhile, spend nearly six hours more each week in front of the TV than younger Millennials (18-24).  For perspective, that means the more mature Millennials – those with presumably more earning potential and buying power – spend more than twice as much time watching TV as they do using apps or accessing the Internet on their smartphones.  Finally, in what may be the most unexpected turn, Nielsen also finds that Millennials are the generation most likely to trust the advertising they see on TV.

No matter the exact definition, the Millennial Generation clearly is an increasingly important economic force – but crafting a local marketing campaign to reach these rebels doesn’t have to be more difficult than making the Kessel Run in less than 12 parsecs.  As technology changes and media options expand, new avenues undoubtedly will continue to emerge for reaching the Millennial audience.  The key for local advertisers is a balanced marketing plan that includes a healthy mix of digital and traditional media.  As we’ve seen, the numbers show that most Millennials haven’t cut the cord on TV – nor do they plan to.  Reaching nearly 90% of Millennials each month, television will continue to serve as a solid foundation for connecting with your target audience, regardless of their generation…and wherever they may be in the galaxy. 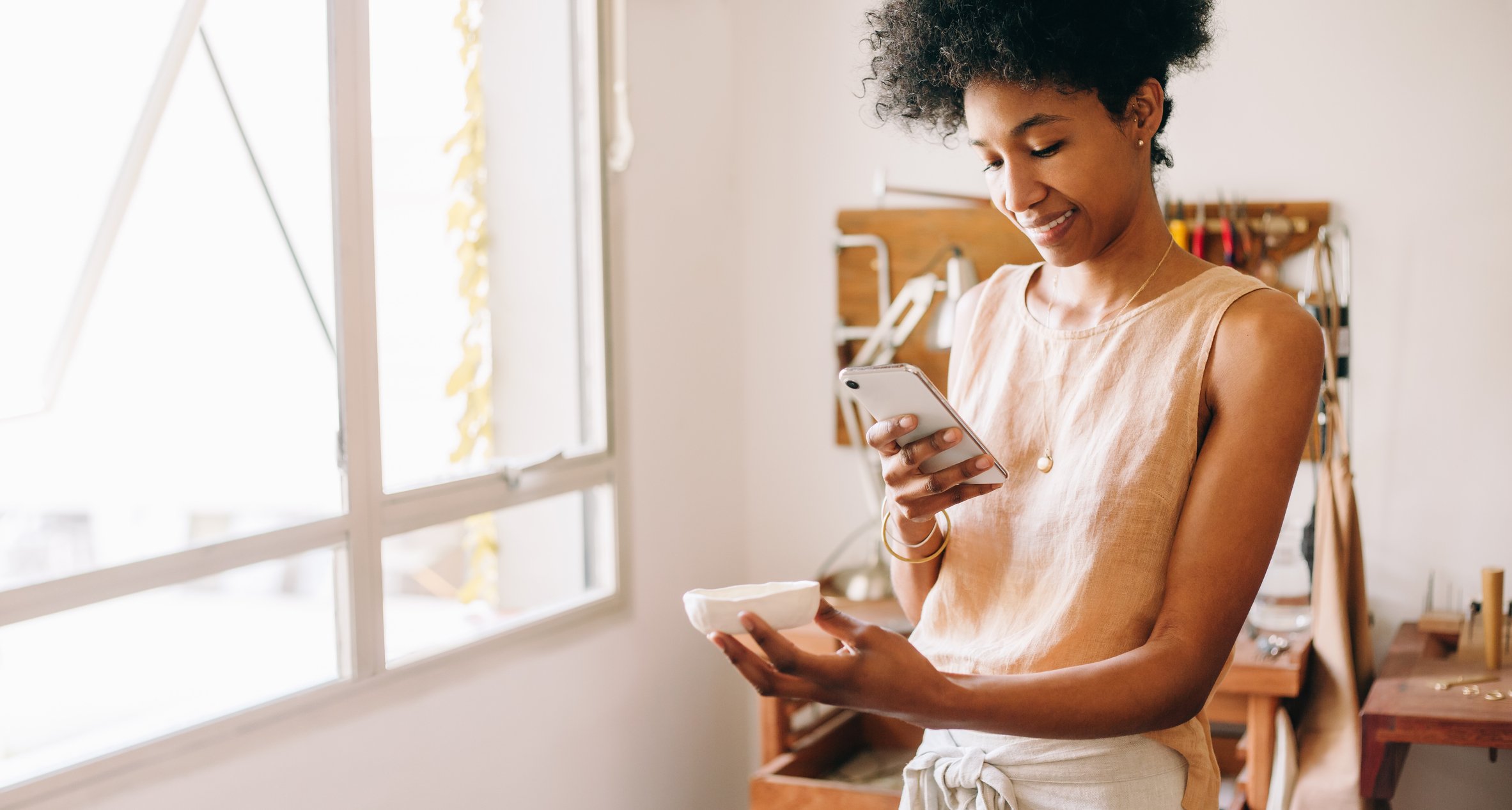