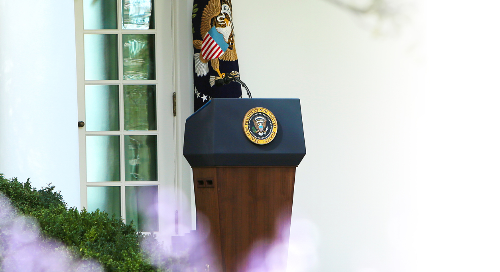 Uncertainty was a key theme heading into this year’s Democratic and Republican national conventions.  Event organizers, political pundits, and millions of likely voters wondered how the major political parties would put on these typically raucous “political parties” in the middle of a pandemic.

“It’s very unusual,” ABC executive Marc Burstein told Deadline when asked about this year’s virtual reality of speakers addressing largely empty convention halls, “but so is watching baseball and basketball games without fans. I think Americans are getting used to this new normal that we are living in.”  CBS News political director Caitlin Conant concurred, adding, “We just don’t know what it will look like, and that is kind of good television.”

Good television indeed – especially for Cable news networks, which attracted more than two-thirds of overall convention viewership across the two weeks, according to Cox Media analysis of Nielsen data. 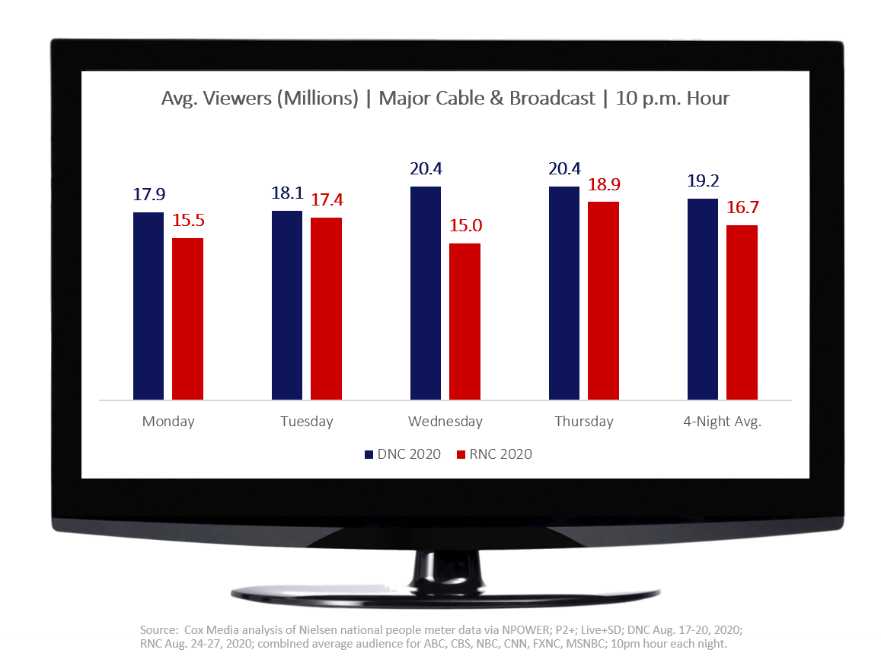 For both conventions, the major Cable news trio of CNN, Fox News, and MSNBC combined to capture nearly 70% of the major network viewing audience, more than doubling the combined audience for the three primary Broadcast news outlets (ABC, CBS, NBC) head-to-head during the critical 10 p.m. hour.(2) 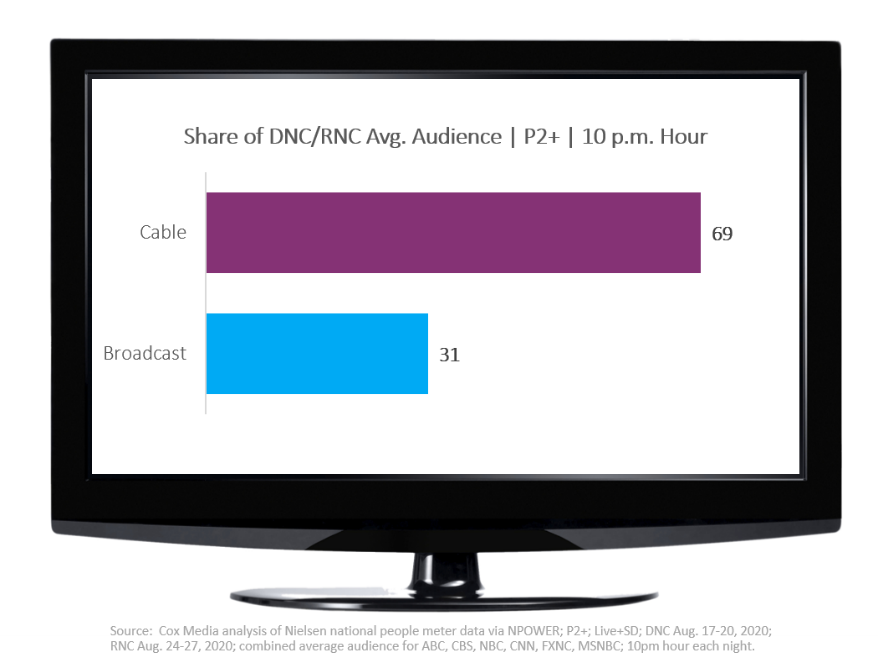 3. DISTRIBUTION OF CABLE AUDIENCE CHANGES SHARPLY FROM DNC TO RNC

While the combined Cable share of convention viewing was stable from week to week, a closer look reveals the distribution of that Cable audience shifted dramatically as each party took its turn on the virtual stage.  During the Democratic National Convention, CNN and MSNBC together captured four out of every five Cable convention viewers in the 10 p.m. hour.  The Republican National Convention the following week ushered in a 50-point swing, as Fox News vaulted from an 18% share during the DNC to 68% during the RNC – delivering two out of every three Cable convention viewers that week.(3) 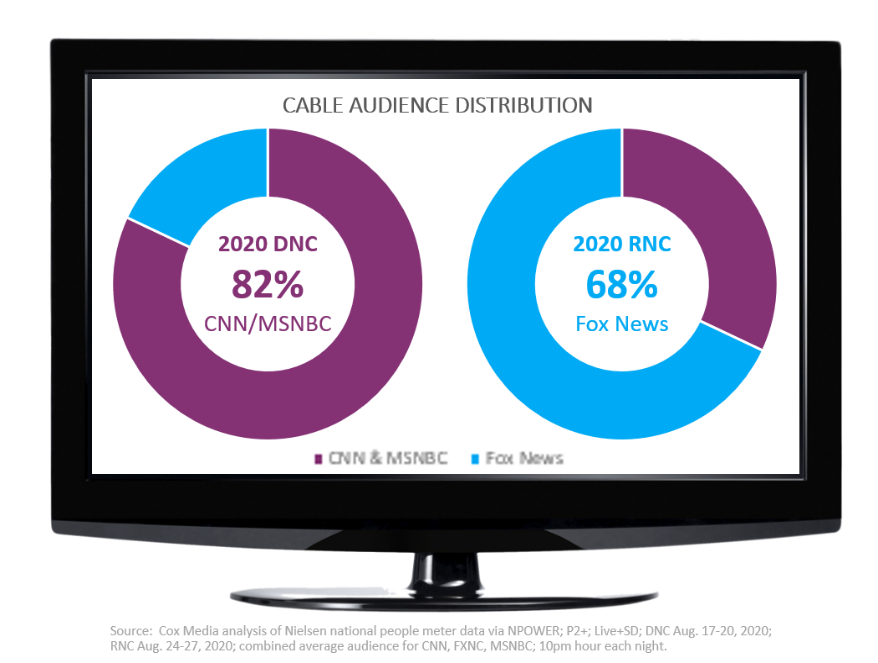 This impressive convention performance by the major Cable news networks certainly positions them as leading choices for reaching voters in advance of the upcoming election – and Cox Media consultants can provide market-specific analysis to highlight numerous other TV and video “candidates” that speak to local voters across every demographic segment.  Contact your Cox Media team for details, and visit coxmedia.com for helpful advertising tips and additional information.