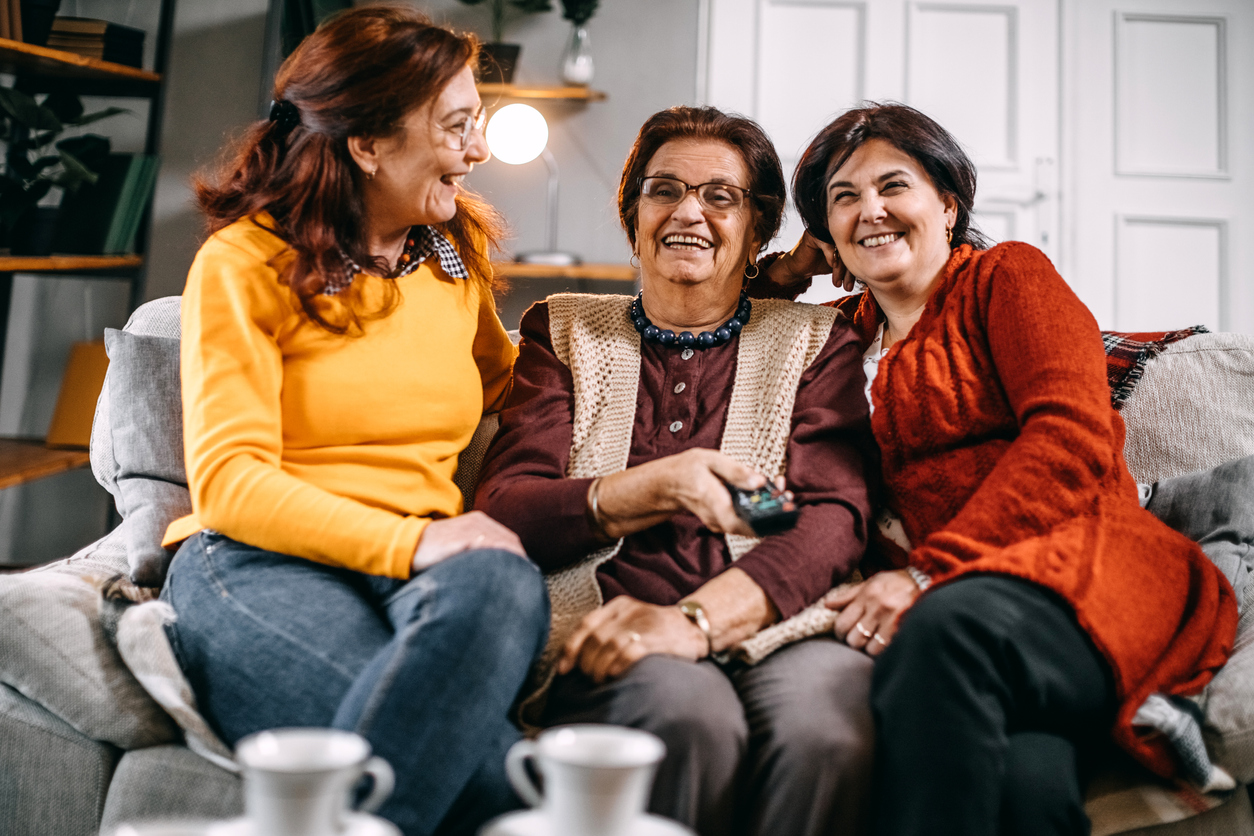 While the word has been used and reused countless times in recent months, “unprecedented” remains one of the most appropriate descriptions for 2020.  March brought a declaration of national emergency, as well as the swift cancellation of the NCAA basketball tournament and suspension of the professional basketball and hockey seasons.  Throughout April, TV viewing spiked as an estimated nine of 10 Americans were under shelter-in-place orders.  As May gave way to June, the nation faced the uncertainties of economic reopening and social reawakening.  Then in July, more than 20 states paused or reversed reopening plans in response to increasing health risks, according to New York Times data.

Amid these “uncharted waters” of 2020, Cox Media launched a monthly blog series to examine how media habits are being impacted, particularly from the television and video perspective.  For this fifth installment in the series, we look back at July – but from a more introspective perspective.  Here are five key findings from our analysis of audience data specific to the Cox video footprint:

Cox Communications video homes watched an average of 7 hours, 23 minutes of television per day during the month of July, according to a Cox Media custom analysis of TV tuning data processed by Comscore.  That represents a jump of 25 minutes per day from the June average of 6 hours, 58 minutes.  On a weekly basis, average viewing time per household increased by 2 hours, 55 minutes month over month.(1) 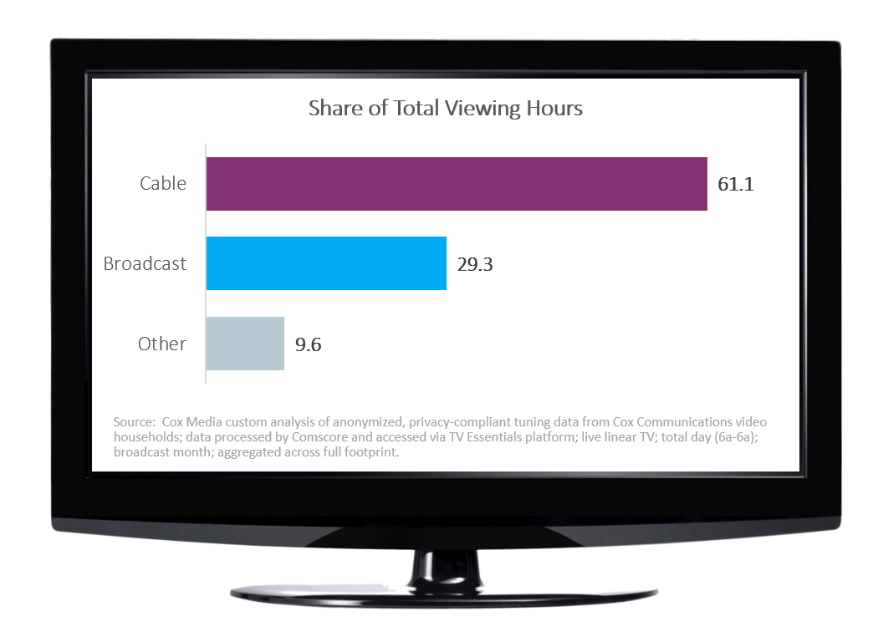 Make no mistake, primetime is still the most-watched portion of the television day.  Segmenting the day into six-hour blocks, the evening daypart that includes primetime captured more than a third of the total July viewing hours within the Cox footprint, good for a 138 index.  On the flip side, that means nearly two-thirds of July TV viewing happened outside of prime – with almost half of total viewing occurring during the daytime hours, and more than 20% coming during the overnight shift.(3) 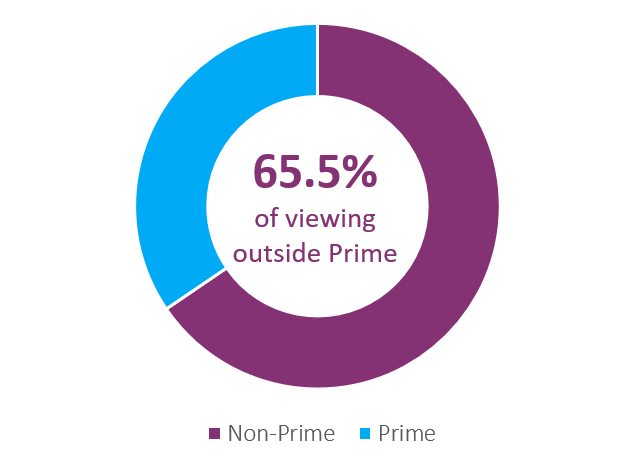 Breaking down July by day of week, weekday distribution of viewing hours was remarkably consistent.  Compared to June the average Monday-Friday viewing time finished relatively flat, but weekend viewing picked up in July.  Both Saturday and Sunday over-indexed vs. the July full-week average, with average weekend viewing time in the Cox footprint increasing more than 13% vs. June.(4) 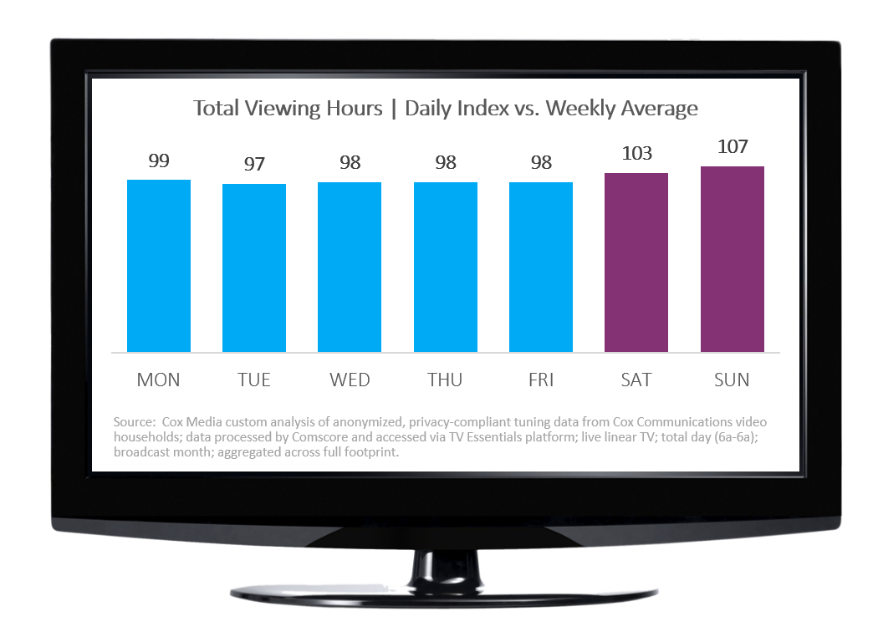 5. WITH GAMES ON, SPORTS FANS WATCHED MORE SPORTS THAN NEWS

As evidenced by their continued ratings success, Cable news networks remain an unquestionably vital part of the overall television landscape – but the return of major professional sports in July had a noticeable impact on viewing patterns.  ESPN coverage of Major League Baseball’s season opener between the New York Yankees and Washington Nationals scored the largest audience of any regular-season MLB game since 2011, and sports viewers began to shift their viewing as the month progressed.

To better understand that shift, Cox Media partnered with Cox Communications to analyze anonymized, aggregated viewership data for the group of Cox homes that had been the heaviest sports viewers during the first 10 weeks of 2020.  In July that group of sports enthusiasts increased their overall Cable viewing by 14% compared to June – including a 32% month-over-month increase in viewing to Cable sports networks, which pushed the group’s sports viewing back in front of news viewing for the first time in months.(5) 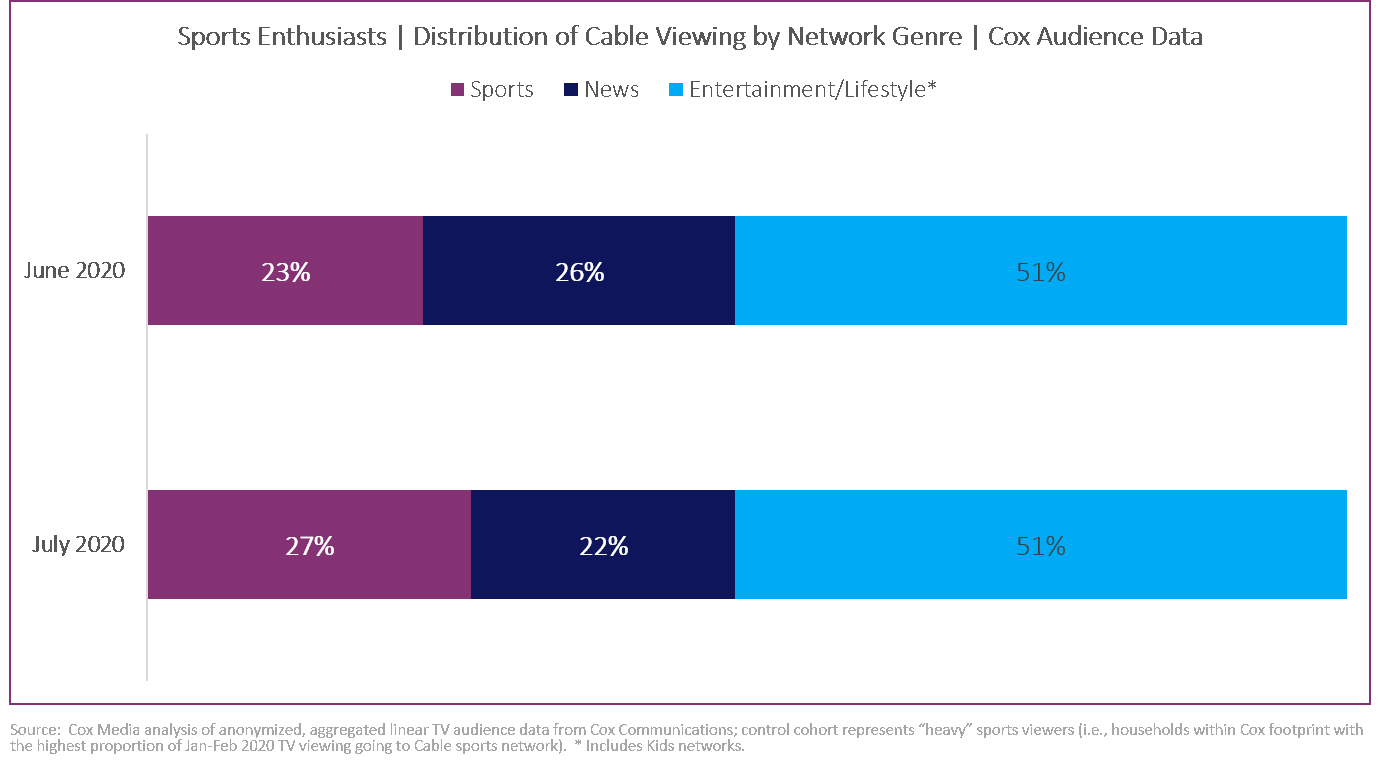 Early signs point to sports viewers staying in the game throughout August.  According to Cox Media analysis of Nielsen data for the first two weeks of this month, six NBA games ranked among the top 10 most-watched programs among adults 18-49 years of age.  That is a positive sign as the Playoffs get underway.  Of course, additional uncertainty lurks on the sports horizon – notably surrounding college football – but we continue to see evidence that TV’s sports viewers remain committed to their screen time.

Outside the sports bubble, August brings two political conventions and additional complexities related to the reopening of schools.  Those and other events are likely to keep viewers tuned to Cable news networks at near-record levels as the summer draws to a close.  Beyond that, the only certainty may be that we are dealing with a “fluid situation.”

We’ll be back next month with an August audience analysis.  Until then, stay well and visit coxmedia.com for helpful advertising tips and additional information.