The Perilous Pursuit of Ratings Perfection

On Monday, April 6, the annual three weeks of madness that is the NCAA Division I Men’s Basketball Championship culminated with Duke outlasting Wisconsin 68-63 to claim the Blue Devils’ fifth national championship.   Just two days earlier, though, the biggest storyline in college basketball was Kentucky’s pursuit of perfection.  The Wildcats advanced to the Final Four with an unblemished 38-0 record, looking to become the first men’s team since Indiana in 1976 to finish undefeated and hoist the championship trophy.

Ultimately, Kentucky’s dream of a perfect season ended in the national semifinals with a loss to Wisconsin.  The Badgers' 71-64 victory was must-see TV, finishing as the highest-rated Final Four game since 1993 and the highest-rated college basketball game in cable television history, according to Turner Sports’ analysis of Nielsen data.  Nielsen estimates more than 22 million viewers across the country watched Turner’s coverage of the game – but, like Kentucky’s season, television audience estimates can fall a step or two short of perfection.

For example, Nielsen’s estimate includes only in-home viewing, which means fans who watched the game online or with friends down at the corner pub are not included.  And, if you want to know how many thousands of fans in Lexington and Madison tuned in to watch their hometown schools square off in the Final Four, forget it.  Both cities are among the more than 150 U.S. TV markets in which Nielsen collects local viewing information using a paper diary system that likely worked better in 1976 than in 2015.  In those diary markets, viewing is measured four times a year during four-week periods known as sweeps – and the Final Four aired outside of a sweep. 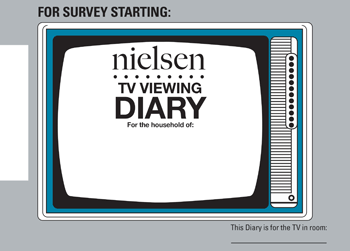 Despite the imperfections, Nielsen has been the TV ratings champ for more than 50 years.  Now, though, rival Rentrak is looking to slip into Cinderella’s slipper and crash the Big Dance.  Over the past year, in particular, Rentrak has emerged as a legitimate challenger to Nielsen’s dominance by attempting to change how the game is played.  Rentrak’s mantra is more, more, more – data, that is.  Whereas Nielsen recruits representative panels in each local market and then projects viewing to the general population, Rentrak leverages tuning information from millions of cable and satellite set-top boxes across the country to build its viewing estimates.

This arsenal of tuning data means Rentrak potentially can provide more granular reporting and insights – i.e., estimating viewership across more networks in more dayparts.  Rentrak’s biggest inroads have come at the local level, where the ability to provide 24/7/365 audience estimates has won the hearts of scores of Broadcast TV clients, especially in markets such as Lexington and Madison that Nielsen currently serves only with diaries. (Nielsen has announced plans to roll out a new electronic metering system later this year that will eliminate reliance on the paper diary and provide year-round local ratings in Madison and 13 other markets.)

Still, for all its data resources, Rentrak hasn’t quite reached the pinnacle of perfection either.  Like Nielsen, Rentrak does not measure out-of-home or online viewing, and in some markets Rentrak’s audience estimates are projected from tuning data from TV providers that may not provide full coverage of the overall market.  Similarly, Rentrak does not collect tuning data for broadcast-only homes that have no cable or satellite subscription.  Rentrak has, however, developed proprietary methodologies for addressing these issues when projecting household-level audience estimates back to the general population.

From a demographic perspective, this includes overlaying tuning information with independent data sources to provide clients with a more robust set of targeting options that go beyond the standard age and gender breaks from Nielsen.  Rentrak can confidently estimate how many homes were tuned to truTV last Saturday at 9:15 p.m. in every local market – and whether those homes may be more likely to contain people in the market for a new car – but Rentrak does not attempt to estimate the number of people viewing in those homes.

In the end, neither Nielsen nor Rentrak are likely to attain perfection in the increasingly complex world of TV audience measurement, but the stage is set for an intriguing battle between the perennial power and the up-and-coming underdog.  Advertisers, agencies and media companies all rely on timely, precise and comprehensive local audience data to make marketing decisions, and this TV ratings showdown should drive enhancements that are worth watching.  Let the madness continue!