December Audience Insights:  Looking Back at a TV Year Without Precedent 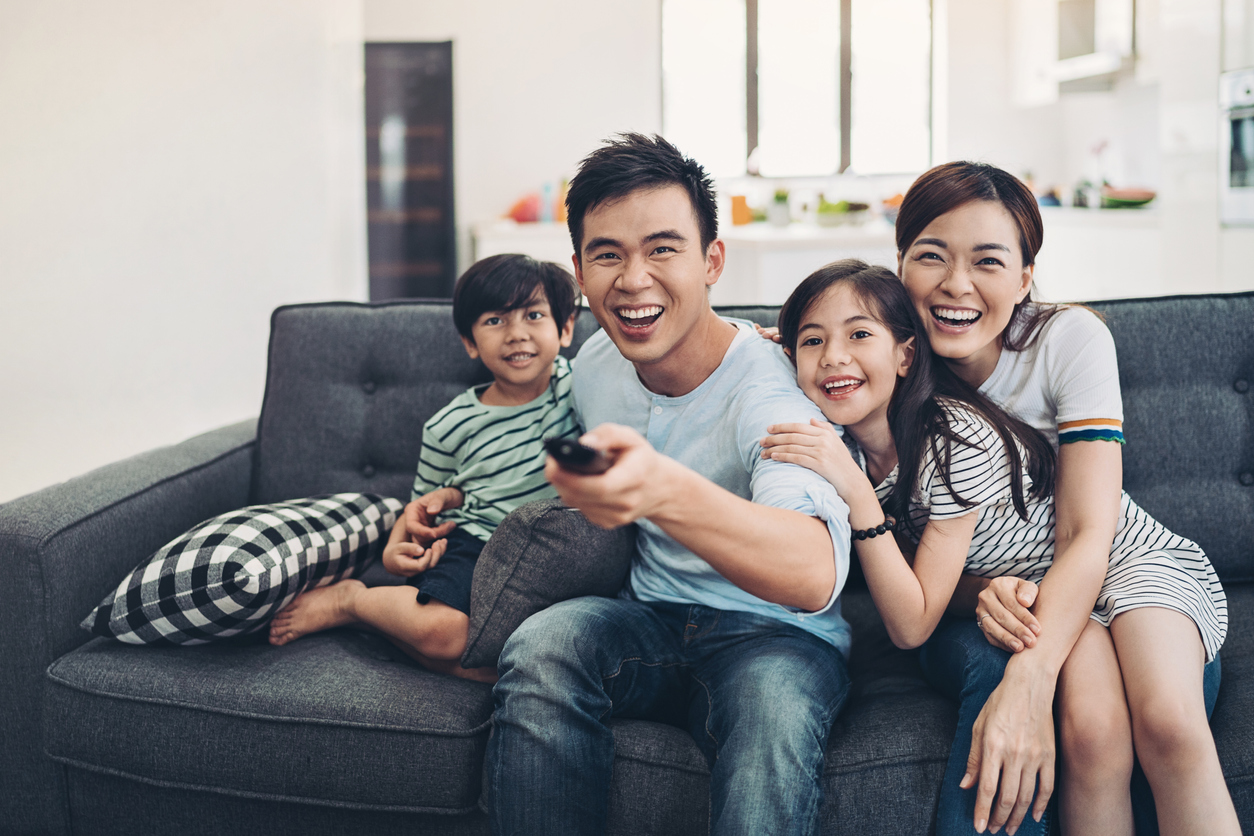 The people have spoken. According to Dictionary.com, the votes are in and a clear winner has emerged. The word “unprecedented” has taken top honors as the People’s Choice Word of the Year for 2020.

An unofficial review of our monthly Audience Insights series shows that the people’s pick appeared in at least four of our 2020 installments – so we will kick off 2021 with a nod to Thesaurus.com and some of the 30+ synonyms that also can be used to describe a year that was often “bizarre” but turned out in many ways to be “extraordinary” from the television perspective.

Here now is our look back at some of TV’s notable numbers from the final month of 2020:

Throughout December, Cox video households tuned in for a daily average of 7 hours, 52 minutes (7:52) of TV viewing time – marking the sixth straight month of increased viewership, according to Cox Media analysis of Comscore custom data. December finished with the second-highest daily average of 2020, trailing only the April spike that came during the peak of state-imposed stay-at-home orders.(1) 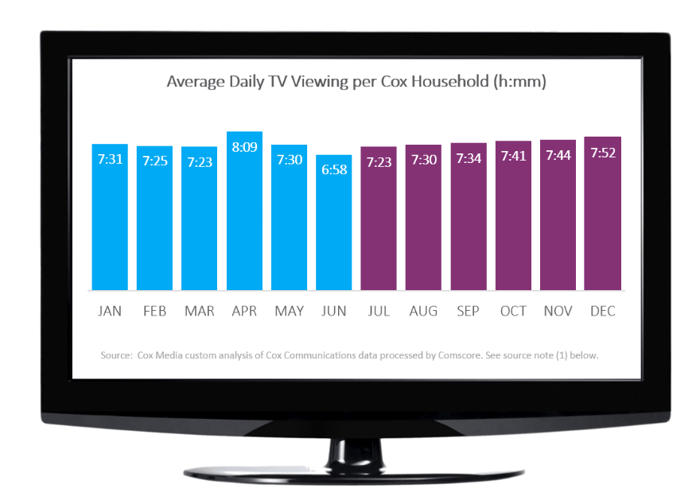 The continued uptick in television viewing time within Cox video homes favored ad-supported Cable networks by nearly a two-to-one margin in December, based on Cox Media analysis of custom Comscore data. Perhaps more striking is the distribution of that Cable viewing throughout the day. On average for the month, Cox households watched approximately four hours of “non-prime” programming for every hour of primetime viewing.(2) 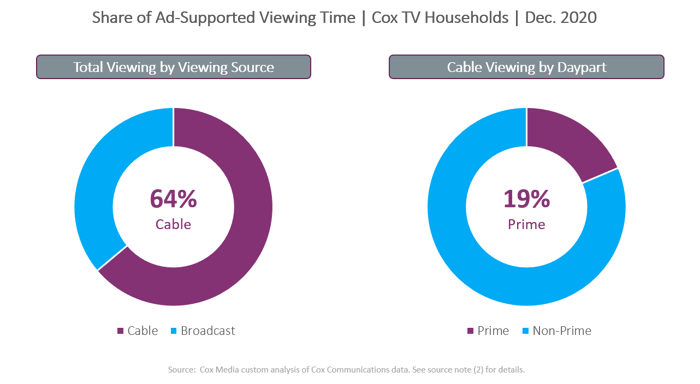 3. ACROSS THE U.S., CABLE VIEWING GREW YEAR OVER YEAR, BOLSTERED BY BREAKING NEWS

Each month in 2020, U.S. TV households spent more time watching ad-supported Cable programming than during the corresponding month in 2019. According to Cox Media’s analysis of Comscore national data, average Cable viewing time for the year was up 12% vs. 2019. Cable news networks reported a 44% year-over-year increase, more than offsetting the 22% decline in Cable sports viewing that resulted from widescale cancellations and postponements that extended well into the summer.(3) 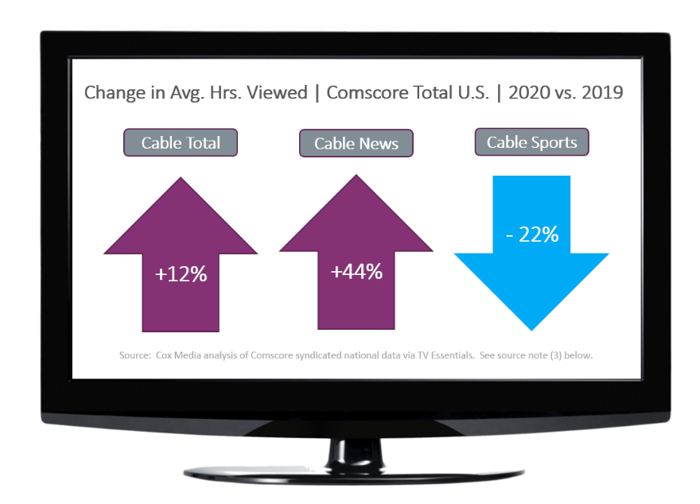 A quarter-century ago, the band Counting Crows summed up the end of the year with this observation:

“It's been a long December and there's reason to believe

Maybe this year will be better than the last.”

Repeating last year’s TV audience growth would be truly “remarkable,” but another strong year of video viability certainly would not be an “unheard-of” occurrence. Business intelligence firm eMarketer predicts that the average U.S. adult will spend 5 hours, 42 minutes (5:42) per day with TV and digital video in 2021 – a jump of 30 minutes a day compared to pre-pandemic times. Maybe, just maybe, this year can be better than the last.(4)