What in the World is TV Everywhere? 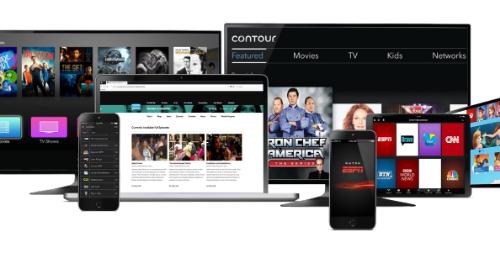 What in the World is TV Everywhere?

Cord-cutting may seem like one of the biggest trends in television nowadays, inspiring a widespread belief that streaming services are on track to replace traditional TV altogether. But the behaviors of television consumers tell a much different story. Yes, more and more people are choosing to stream television and other entertainment. But while some people are ditching TV for streaming, many other consumers prefer to use streaming as a supplemental to traditional TV service.

Recent research has shown that 7 in 10 households maintain television or satellite subscriptions even as they pay for Netflix, Hulu and other streaming services. While this might appear, at first glance, to be a case of consumers paying twice for the same thing, there's an easy explanation for "stacking" TV services on top of one another.

Consumers want greater flexibility when it comes to watching TV. They want access to a broader range of shows. They want to be able to watch this content on their own schedule. And they want to be able to watch it anywhere: Not just sitting on the couch in front of the TV, but while traveling away from home, while commuting home on the train, or in their bedroom while the living room TV is monopolized by a spouse, sibling, parent, or roommate.

They want access to TV everywhere. And with Cox Media's new TV Everywhere (TVE) solution, local business advertisers have the ability to reach these consumers everywhere they watch TV.

What is TV Everywhere?

TV Everywhere (TVE) is an advertising solution that allows advertisers to deliver their brand messages to consumers everywhere they consume video content. This includes consumers that are watching live cable TV, on-demand shows, and those who are watching content from the Internet, also known as "Over-the-Top" or "OTT."

It also includes consumers who are streaming TV programs on their personal phones or tablets through network apps, network websites, the Cox Contour App, and much more. Consumers have access to these apps through their paid television subscriptions and log in to view shows by entering the same credentials connected to that subscription.

Consumers can now watch TV and other premium content however they prefer - and Cox Media can now help you continue to reach them. Mom can watch her morning news show on her smartphone while taking the bus to work, the kids can use their tablets to watch their own favorite shows in the comfort of their bedrooms, and Dad can watch live sports on his phone while the rest of the family watches a movie in the evening.

Why Streaming and TV go Hand-in-Hand

Consumers are using streaming and TV services to supplement one another. Today's streamers are still avid TV fans: Research shows that the highest-volume streamers watch eight times more TV every day than what they stream onto a computer.

For advertisers, the ability to combine streaming and TV creates new, exciting opportunities to improve your TV advertising strategy and increase your ROI. One of the challenges of advertising through either streaming or traditional TV is that, despite the popularity of each channel, choosing one over the other means sacrificing ad opportunities. When you opt for TV over streaming, you risk losing brand awareness among younger consumer groups. At the same time, when you advertise through streaming services and ignore TV, you're forfeiting a large TV audience and the ability to build awareness at an incredible scale.

By combining streaming and TV, though, brands can get the best of both worlds. TV Everywhere is designed to maximize the ability for ads to reach any audience. By advertising through TVE, you can target traditional TV audiences, OTT/streaming consumers, network websites and video on demand. You're also able to use these opportunities to build a brand presence on network-specific apps like WatchESPN, as well as partner apps from other television service providers like the Cox Contour App or DirecTV. As the video content landscape continues to grow more fragmented, TVE promises to be a unifying force that benefits consumers as well as video advertisers.

An Ad Strategy for Every Scenario

It's hard to predict how consumer behaviors will change over time. Streaming has been hailed as the death of TV for years, but projections for 2019 suggest that active daily TV time for consumers will far exceed the amount of time spent watching video on digital video devices. As these trends change shape over time, you can adjust their budget allocation to optimize TV Everywhere advertising so that it yields the best ROI for your business.

Whether your customers are at home, at work or on the go, TV Everywhere can help your message "go where the shows go" and reach consumers wherever they are tuning in.